Skip to content
13 septiembre, 2016 by KUBUKA No comment(s) Proyectos

Alexander Nesta was born and raised in Kibera (Nairobi), the biggest slum in Africa. Since 2014, he has been working with Kubuka and currently, he is the contact person of the NGO’s office at Kibera.

Today, we want to introduce you to Nesta’s story and how he got to be a member of Kubuka. For this reason, we have interviewed him at Kubuka’s offices at Kibera.

How and when did you met Kubuka?

Two years and a half ago, when I was working with another organization as a compost expert, I met Pablo, Edu and Alvaro. They were thinking on developing an environmental project in Kibera, focused on cleaning the slum, and they needed an expert opinion on the subject. We all agreed that first of all we needed to raise conscious about recycling and prepared several workshops to involve the community around this project, called Kleanbera Recycling.

Afterwards, and given the success of the workshops, we decided to test the project in a specific area of Kibera to find if the idea of recycling was worthy and useful. For testing purposes, we did a research to find out how much trash can be generated by a house and how each house handles the trash.

After several trials and errors, the project has evolved and nowadays we have created a recycling point where trash is collected and sold to generate earnings for the community. 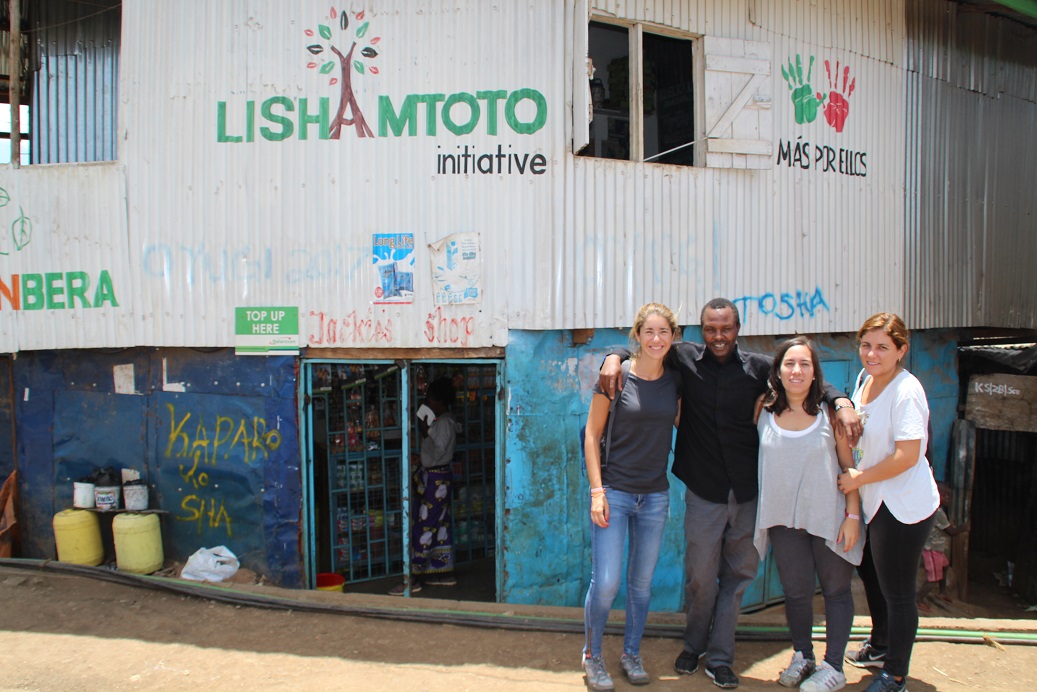 How have you managed to involve the community?

We have created a cooperative called Kleanbera Sacco together with some of the different groups that were already working in Kibera but were not connected. Each one of these groups own some shares of the Sacco, allowing them to access to financing facilities, such as microcredits, loans, banking accounts for the purpose of creating social entreprises which will benefit the community, as Kleanbera Recycling.

How is your normal working day?

I wake up at 5 a.m, do some housework, walk my son to school and arrive at the office at 8 a.m. Once I arrive, I do some paper work and arrange meetings if needed. Afterwards, I visit all our initiatives within Kibera (such as the Cinema, the schools…). I also work as the director of another cooperative, called Sosima Sacco here in Kibera.

What would you say to our sponsors?

That they are a very important piece to develop the projects. We promise to keep these projects alive, but not only this, we promise to develop new projects and improve the current ones, for example, by recycling electronic components…. There is still a lot to do in Kibera!