Skip to content
20 marzo, 2017 by KUBUKA No comment(s) Sin categoría

During the long Saturday afternoons when the television did not show anything interesting and the sky fell, with sandwiches of chocolate and butter, my grandmother told us stories. Stories of her childhood, her youth, her struggles and adventures. By her form of telling them and by their magnitude, the stories seemed like fiction, but they were as real as life itself.

One morning in February when it was raining, an indeterminate day, without any televisions in sight, I approached the farm run by the women community group Maramba Community Home Based Care (Zambia). In a dark room full of shelves with mushrooms, with a dense smell of humidity and dirt, the grandmothers of Maramba waited for me. There is neither a couch nor a carpet there, but in a circle of benches, I sat down to listen to what is surely a great story. 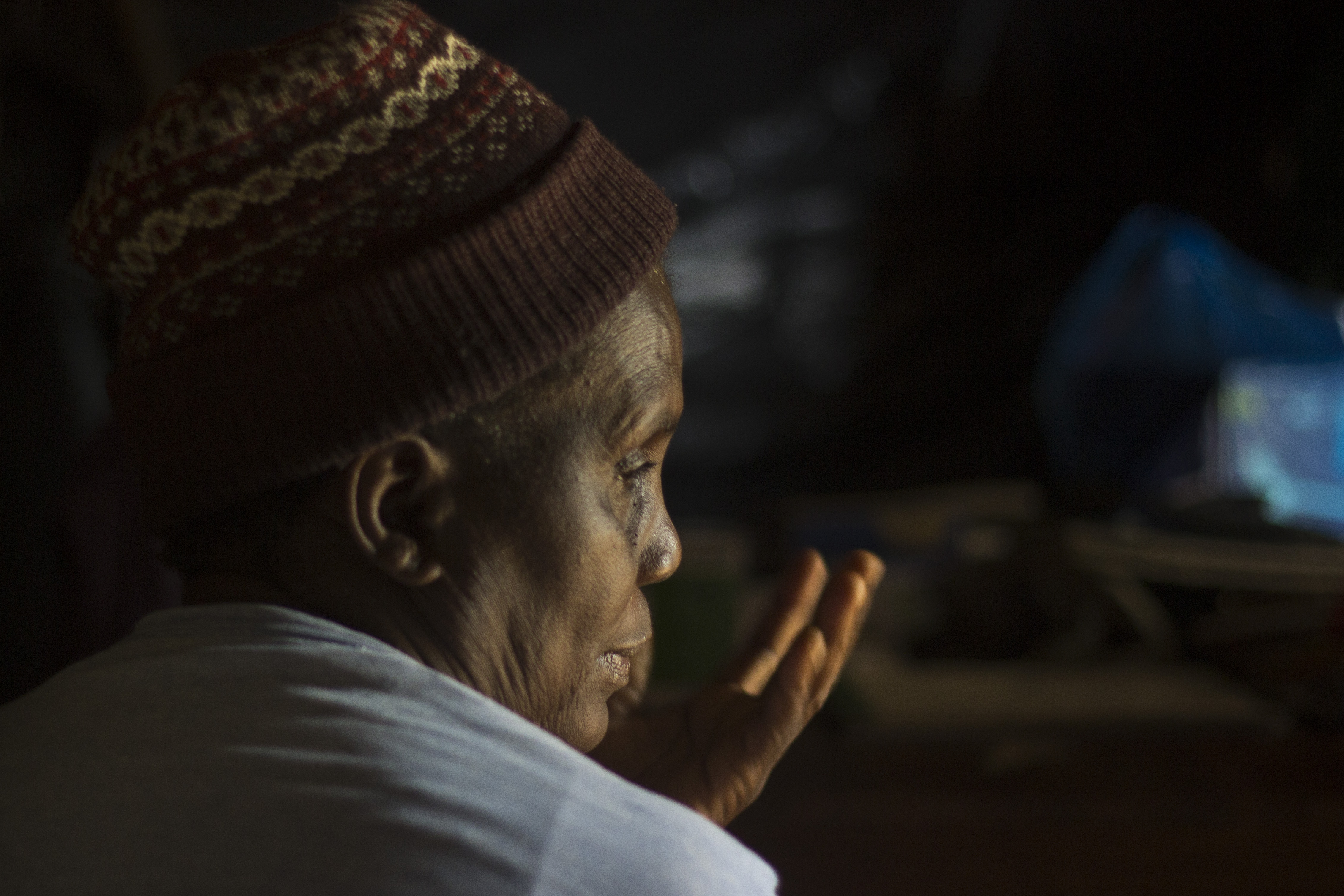 A story that started in the 80´s with a country, Zambia, still young (they became independent in 1964), excited, but facing serious problems. A small town close to the famous Victoria Falls called Livingston started filling up with families from the countryside, and the problem above all was highlighted: AIDS.

Beatrice is telling the story, chairman of the group, an older woman whose age is impossible to determine, but she is strong physically and by character. She carries the weight of a family with several orphaned children and where drinking traps her husband, and she makes a living by selling on the market. “People with AIDS died, not because of the lack of treatment and medicines, but because they did not want to go to the hospital to get tested.” Some community groups decided to visit the sick, take care of them, feed them and teach them and their families to fight the stigma of the disease. 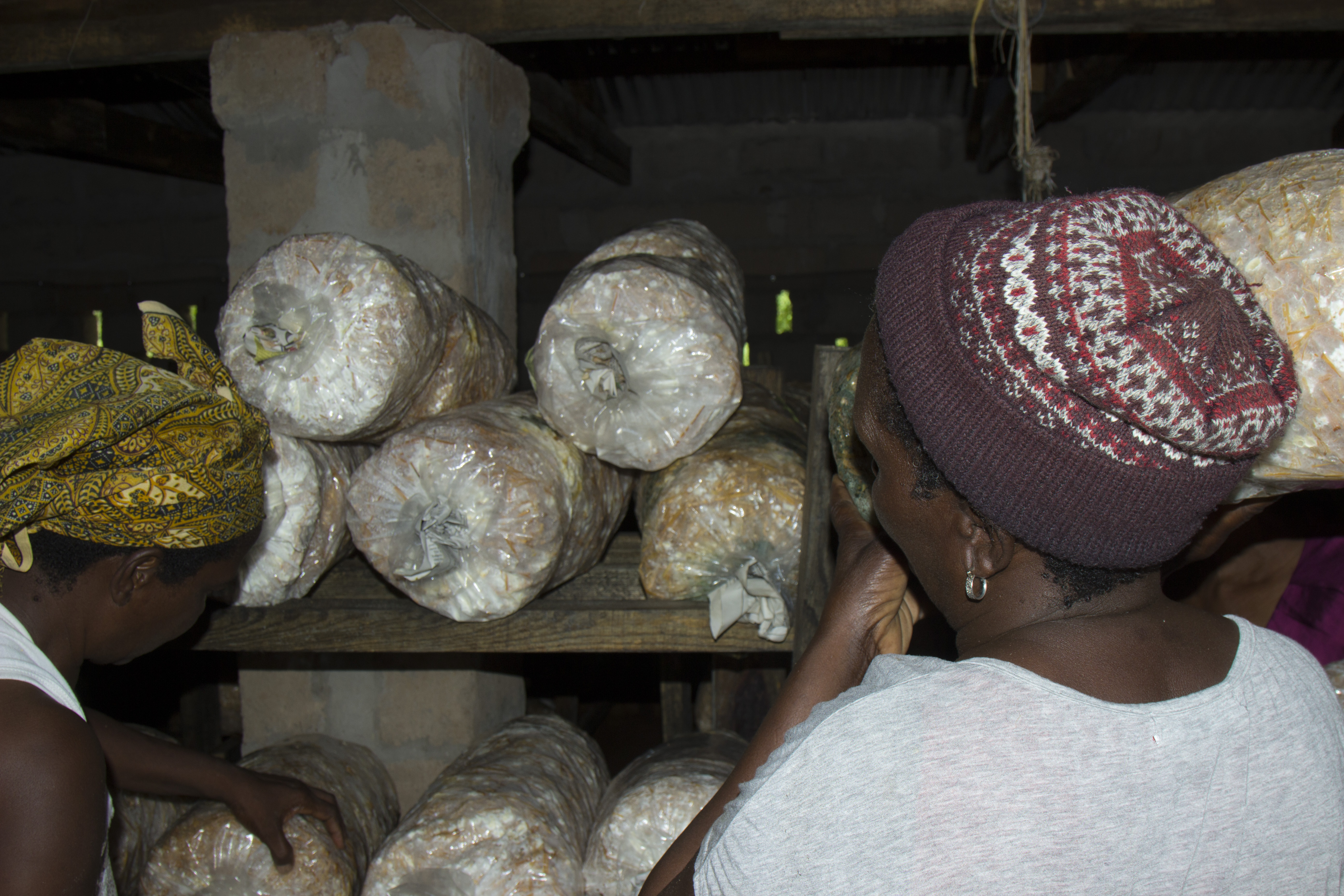 Her struggles drew attention. In addition to visiting these families they spread the information around the city and wrote reports to the authorities. This got results: the state began to pay for the medicines and started meeting with them to support them as much as possible. During these years a governmental initiative after another had approached the group to hold meetings and trainings with the women. Considering their responsibility, the women passed the knowledge on to the rest of the community.

One of their greatest advances was the purchase of a plot of land for planting: Eggplants, peppers, onions and mushrooms… That they then sell to shops and individuals. The benefits, when the rain or the drought permits it, are to pay for orphans or disadvantaged families. However, for themselves as well, because they recognize that in order to help others the rest must also be able to support themselves, and the grandmothers are volunteers with few sources of income. 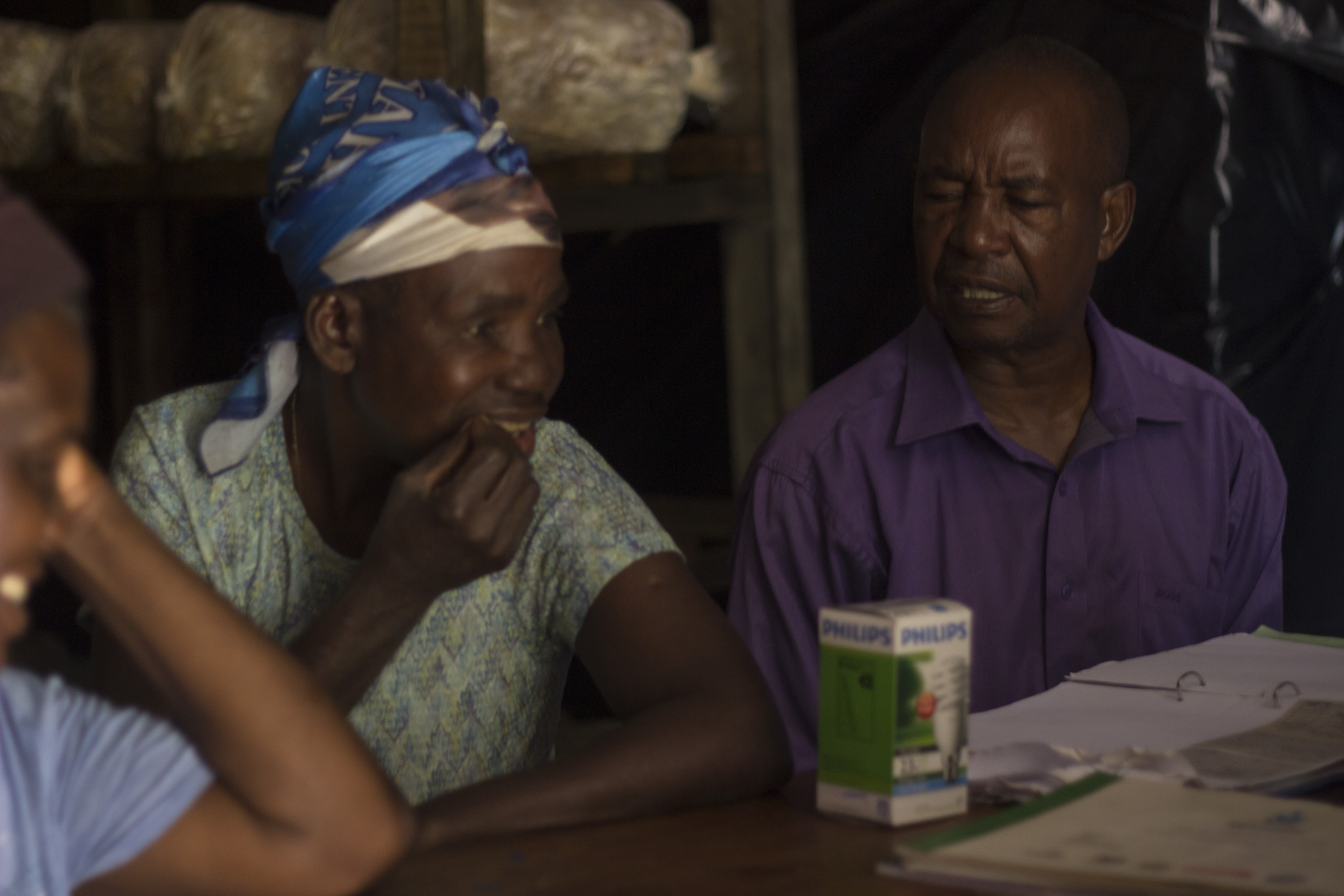 Maramba is a community adjacent to the city of Livingston and here the traditional story of Africa repeats itself. Entire families traveled to urban centers in the search of an opportunity that is not accessible to all. Slums of fragile houses are stretched for miles and miles around the cities. “If there is no work, there is no food and there is nothing to do. This results into problems of alcoholism, drugs and violence,” complains Mery.

Without making much noise, two grandfathers have joined our circle: Mr. Muyangana and Philip. MCHBC is not only form by women, but it is true that the number of women in the group is much higher. I ask them why that is and they admit that the men are more hesitant to join because they have to work to bring food to their families, while the women have more spare time.

The traditional position of women is deeply rooted in the African collective imagination and sometimes it is difficult to find people who challenge them. However, the markets, shops and public institutions are full of working African women. The grandmothers react. Esther comments that “the change is coming, but it is too slow” and Beatrice says that you hear a lot of “talking about gender, but it hardly applies”. 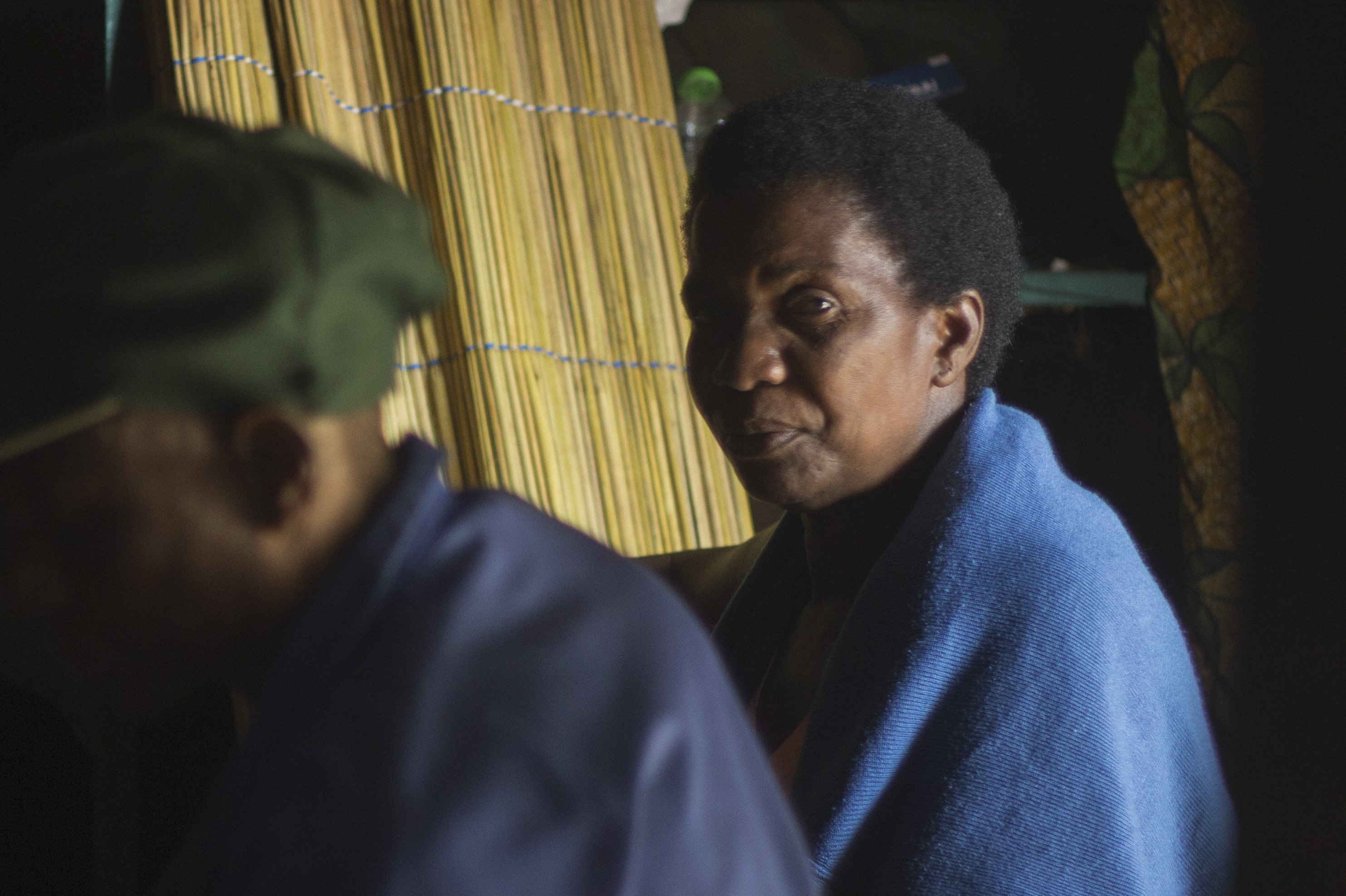 Religion weighs heavily here and is important because “in the Bible the man came first and due to that he is given priority to lead, and the woman is the assistant,” says Philip. The grandmothers disagree because “as God did not give priority to them at first, he could give it now as things are changing”, says Beatrix.

Finally, I asked when will we see the first female president of Zambia and I realized that this was like opening Pandora’s box. I do not know how to get out of there. The intensity level of the conversation goes up and they change to Nyanja, the local language. It is not necessary to speak Nyanja to understand that Philip and Mr. Muyangana are not willing to abandon this traditional view of gender, while the grandmothers, despite being from the same generation, defend with strength and positivity a future different for them, their daughters and their granddaughters. 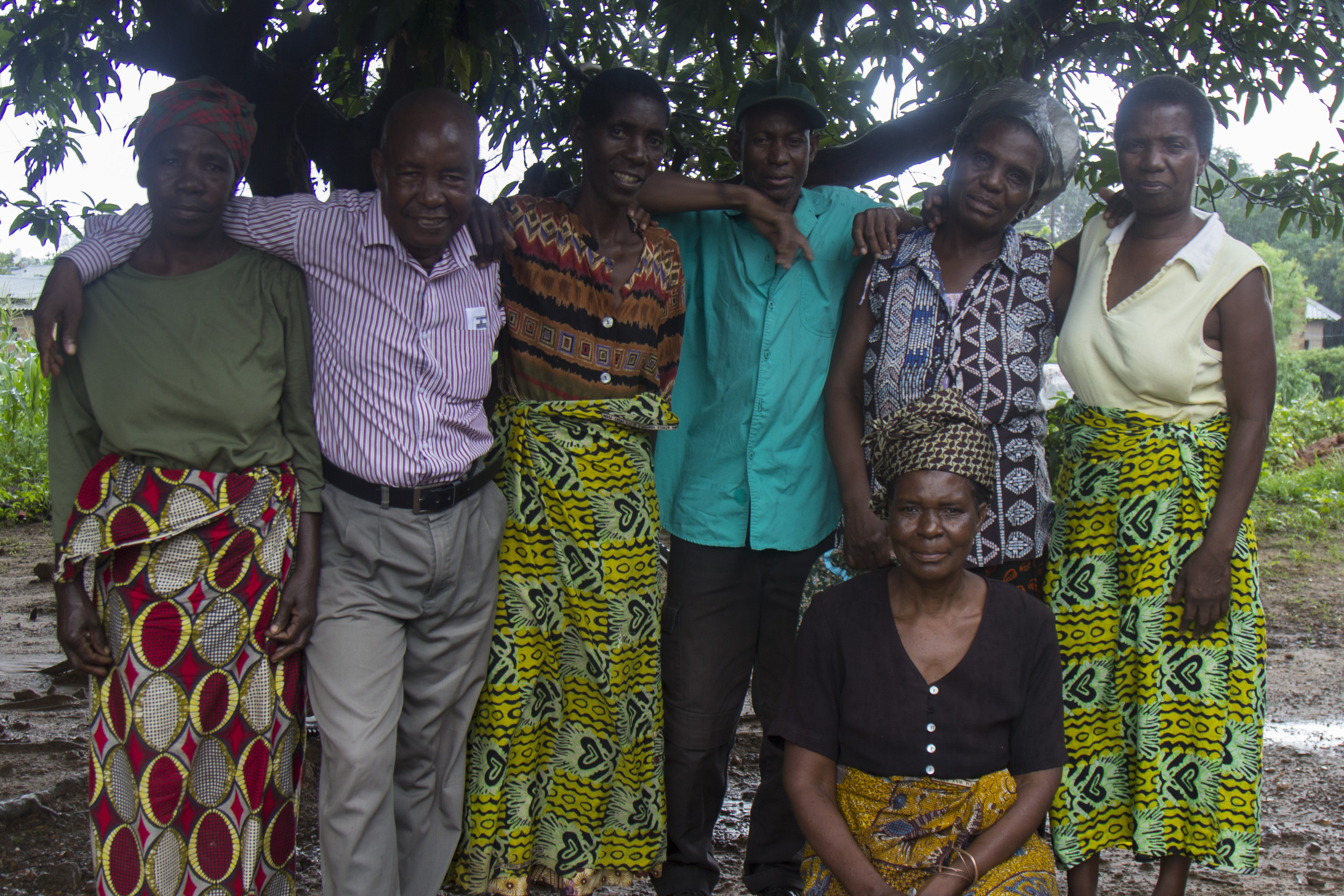 The atmosphere warms up. “Lets finish so that you do not kick Philip out of the group” I tell them as a joke to ease the tension. Everyone starts laughing but they struggle to get up as we had been through a nice and interesting debate. We went outside to take a group photo. Under a tree, surrounded by the unbearable rain, close together and smiling because, despite the details, the problems that must undoubtedly be faced and overcome, they are all there for the community and they cannot disappoint it.